Comrade Kim Goes Flying, the first ever feature film done in collaboration between North Korean and Western producers, will have its world premiere screening this September at the Toronto International Film Festival. 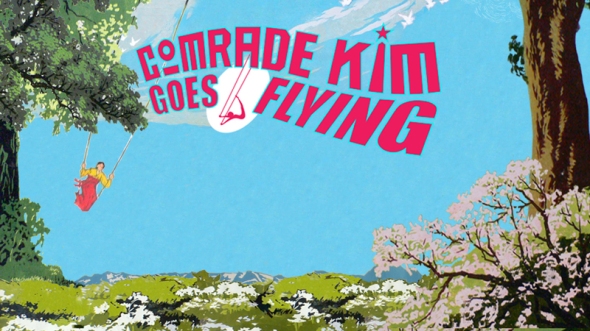 Synopsis– from the official site

Comrade Kim Yong Mi is a North Korean coal miner.  Her dream of becoming a trapeze artist is crushed by the arrogant trapeze star Pak Jang Phil who believes miners belong underground and not in the air.  A heartwarming story of trying to make the impossible possible.

A winning, life-affirming fable about a young coal miner’s pursuit of her dream to become an acrobat, Comrade Kim Goes Flying marks a milestone in film history: it is the first Western-financed fiction feature made entirely in North Korea.  But this charming film wears its heavy historical mantle with grace, weaving a lovely, light-hearted tale whose themes — overcoming adversity, and realizing the dream of a lifetime—upend our assumptions of a largely cloistered culture.

Kim Yong-mi (Han Jong-sim) works as a coal miner in a small village.  She dreams of one day joining the national circus and performing on the trapeze — despite the fact that she is deathly afraid of heights.  When she is promoted and sent to the capital, Pyongyang, she seizes the opportunity to make her dream come true.  Insinuating herself into the circus and struggling to overcome her acrophobia, Yong-mi meets Pak Jang-phil (Pak Chung-guk), the arrogant, good-looking star of the Pyongyang Trapeze Troupe.  At first, Jang-phil makes fun of the congenitally klutzy Yong-mi.  But eventually her beauty, endearing personality and unyielding determination win him over, and give him a valuable lesson in humility.

The team behind Comrade Kim Goes Flying — co-writer and co-director Nicholas Bonner, an Englishman based in Beijing who has long promoted cultural exchange with North Korea; his collaborator Kim Gwang-hun, a North Korean filmmaker; and Belgian filmmaker Anja Daelemans, who also served as co-producer — spent six years putting this unprecedented project together, overcoming numerous difficulties — not least the fact that their stars are actual circus acrobats who had never acted before.  But the result is a gorgeously filmed romantic comedy that transports us to a fantastic world seemingly out of time, with astonishing, candy-coloured images of the seldom-seen North Korea. 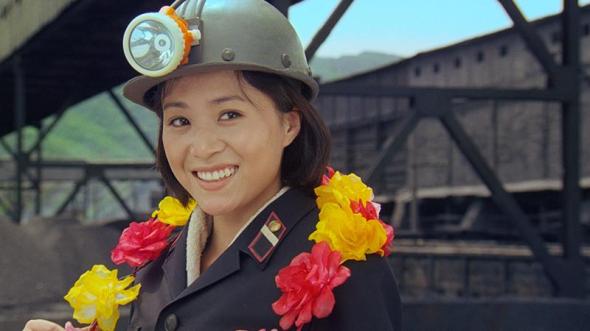 It’s great news that this film has made it to the Toronto International Film Festival;  last spring producer Nick Bonner shared with me some of the problems Comrade Kim Goes Flying has had in finding its way to international audiences –paraphrasing from memory:

“Most international film festivals have a policy against screening films they consider to be state sponsored propaganda.  At first glance by those unfamiliar with the colors, music, and emotions presented in North Korean art, this film might give the impression that it’s some form of propaganda, but no North Korean watching Comrade Kim Goes Flying would ever mistake it for such, for them this will be regarded as a fantasy/romantic comedy.”

Comrade Kim Goes Flying will be shown to audiences throughout the DPRK and will present to them provocative scenes the likes of which have never been seen in North Korean cinema.  I was given the honor to preview some of these clips, and while international viewers might easily overlook their importance, scenes depicting corruption in the state system and child obesity have been designed to shock domestic North Korean audiences.  Viewers will also be treated to what producer Nick Bonner describes as the “sexiest scene in North Korean cinema”, an upward shot of Comrade Kim in her leotard climbing a ladder to the trapeze – YAWZA YAWZA!

One last interesting aspect of the film I should mention is the delightful animation of the opening credits.  The animation during this sequence takes its influence from modern North Korean wood block prints, the style of which can be seen in the promotional picture at the top of this post, and also here in its common form.